Suicides Rates Rise Among Veterans, Police Officers, Even After The End Of Covid Lockdowns – Joseph M. Lenard, Bestselling Author Of Historical Fiction Novel, Terror Strikes, Shows Us How To Help 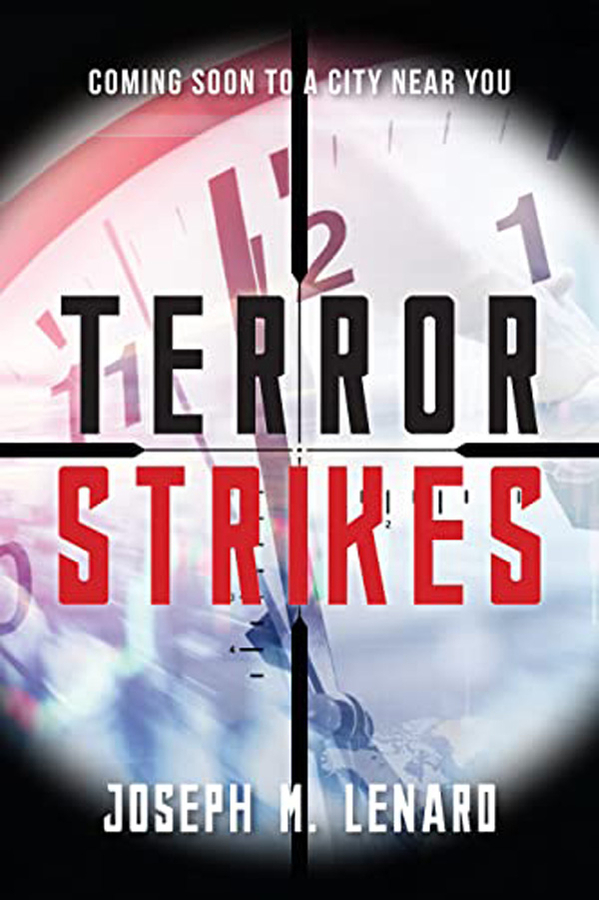 Lenard is the author of the #1 bestselling historical fiction novel, Terror Strikes. Suicide is a sub-theme in his highly praised book.

WILMINGTON, NC, June 23, 2022 /24-7PressRelease/ — In a recent piece on Military.com, titled, “Since 9/11, Suicide Has Claimed Four Times More Military Lives Than Combat,” it was stated that, “More than four times as many troops and veterans of the wars since 9/11 are believed to have died by suicide than were killed in the wars themselves, a new study from Brown University has found.

“In a paper released Monday as part of its Costs of War series, Brown’s Watson Institute for International and Public Affairs estimates that 30,177 active-duty personnel and veterans of the wars in Iraq and Afghanistan have taken their own lives over the last nearly 20 years.”

That is staggering. And it is not only veterans. In a recent article on CBS17.com, it was stated that, “The suicide rate among law enforcement officers is rising. Nationwide, on average, the risk of suicide among police is 54 percent higher than workers in other industries.”

These are but a few of the headlines in the news today detailing suicide rates in stressful occupations. We have also seen rises in suicides in other groups, most notably teens. Why is this happening and what can we do about it? Joseph M. Lenard, author of the bestselling historical fiction novel, Terror Strikes, recently posted an article in which he offers an up close and very personal look at suicide, and offers advice regarding how we might help those who are having suicidal thoughts. In that article, he said in part:

“Back in 2018 we had two high profile suicides with Kate Spade and Anthony Bourdain in just a couple of days’ time, but on average 22 Veterans commit suicide daily. Sadly too, those who serve as first responders often fall prey to thoughts of suicide, as well as those with survivors-guilt from heinous criminal and terrorist acts (I discuss this as a sub-theme in my book: Terror Strikes – Coming soon to a City near you!). My thoughts and prayers go out to their families. I have had several on-air interviews with local radio show hosts, over the lockdowns about the spikes in suicide attempts due to the even greater isolation, especially among teens.”

“Why do I speak with local radio about suicide? I certainly do not often share this publicly; though the local hosts know; but in 2006 I attempted suicide via an over-dose on drugs. Obviously, that was not a successful attempt – as I’m still here. Every day and every night I still struggle with and fight those feelings, so I know what they deal with.”

“I had lost my job and gone onto Social Security Disability in 2004, that led to divorce, which culminated one night in 2006 that something just snapped. Note: others’ situations will obviously be different, especially our Veterans suffering PTSD, but regardless of what may seem minor to you, are major catastrophes in their mind and may lead to the same dark place and that suicide is the right option. It is not.”

“For me, it was almost surreal, like I wasn’t even in control of myself as I took one pill (regular nightly dose) and then, just took another, then several, then a handful. I have no idea how much time later, I awoke in the hospital. I still, all these years on, struggle daily with these thoughts and issues.”

“This is something that can afflict male or female, young or old, rich or poor, whatever. I hope that Spade and Bourdain and their families have found some degree of peace. I hope you will join me in thoughts and Prayers, and if you don’t mind – if you could include me in those that I can find God’s comfort and strength, I’d appreciate it.”

“So, now would be a good and important time to reach out to all your family and friends and remind them how much you love them and how much you appreciate them being around. You are not likely to know that someone in your circle is feeling this way. I can’t speak ‘statistically’, but only from my own circumstances and feelings, that they are likely to also feel that they cannot reach out to you – as you will not understand, or may be dismissive, or think less of them. They may.”

The full piece, including a number of suicide prevention resources and audio clips, is available at https://www.terrorstrikes.info/post/even-after-the-covid-lockdowns-st … e-suicides.

Honor. Integrity. Patriotism. — For some people these are words. For bestselling author Joseph M Lenard, these are the core values that he embodies – every day – deeply ingrained in every facet of his life and work.

It is this set of cherished values he brings to life in his latest #1 bestselling historical fiction novel, Terror Strikes. The book has been compared to The Sum of All Fears and Deep Impact. Joseph M. Lenard shreds the “creative writing process formulaic methodologies” to create a writing style and literature like no other author before.

Billed as a book for conservatives, but appropriate for all readers, this extraordinary new book is a stunning achievement, set apart from even the best historical fiction books, as it clearly demonstrates the need for situational awareness and vigilance in a world in which mass shootings and other forms of terrorism have become the norm. Reviewers have called the book “compelling”, “historically accurate”, and utterly “unique”.

Terror Strikes connects the dots of not just foreign terrorists, but those both foreign and domestic, that abhor Western culture and their attempts through terror attacks and other more shadowy undermining of our collective freedom to enjoy life, liberty, and the pursuit of happiness.

Bruce Fleury wrote in the foreword of Terror Strikes: “Joe Lenard’s book Terror Strikes, although a work of fiction, is especially timely and topical… [He takes] on an international crisis that, if not addressed with more urgency, threatens to condemn our descendants to live in a 7th-Century nightmare from which there may very well be no awakening.”

Whether you are a staunch conservative, a prepper, or just have concerns about what is happening in American life and society today, Terror Strikes will answer many of the questions you have regarding terrorism, foreign and domestic, and will make for a remarkable reading experience.

Joseph is very politically active in south-east Michigan. He is a MIGOP Delegate, a member of current MICD12GOP and is the webmaster for the MI 12CDRC as well as the Taylor Republican Club, as also a member of the Wayne-12CDRC and is the editor for its newsletter.

Joseph’s body of works contain copyrighted and published poetry. Joseph has written and recorded music, in the tradition of the Lenard family legacy; though not entirely in the tradition of his father Thaddeus, who was creator/leader of “The Polka Kings” that often toured throughout northeast United States.

​In addition, Joseph has about a dozen copyrighted short-stories including Watchful Eyes (sci-fi), Blue Monday (political thriller), Funhouse of Terror (horror) to his credit, as well as one other novel titled, The Gestapo Kidnap File. Joseph was also winner of CJOM (Windsor Ontario Canada) radio contest in the 1980’s with his radio play “The Adventures of Detective Idle” based upon the Billy Idol song, Eyes without a Face, to which it was paired with.

He resides in Michigan. 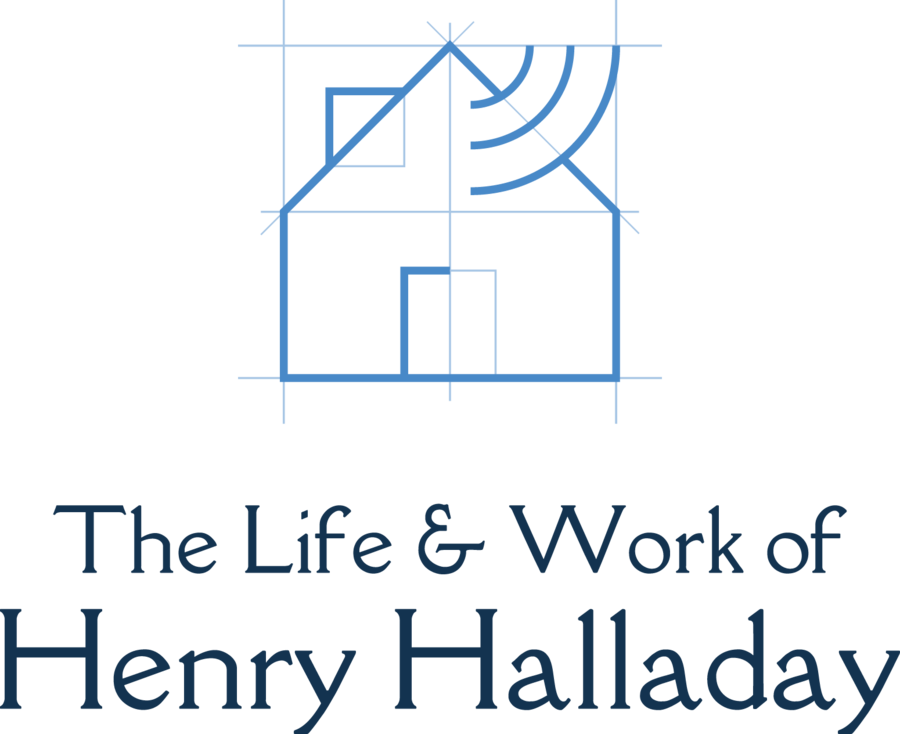 The Life & Work of Henry Halladay: Recognizing One Man’s Accomplishments with An Artistic Touch 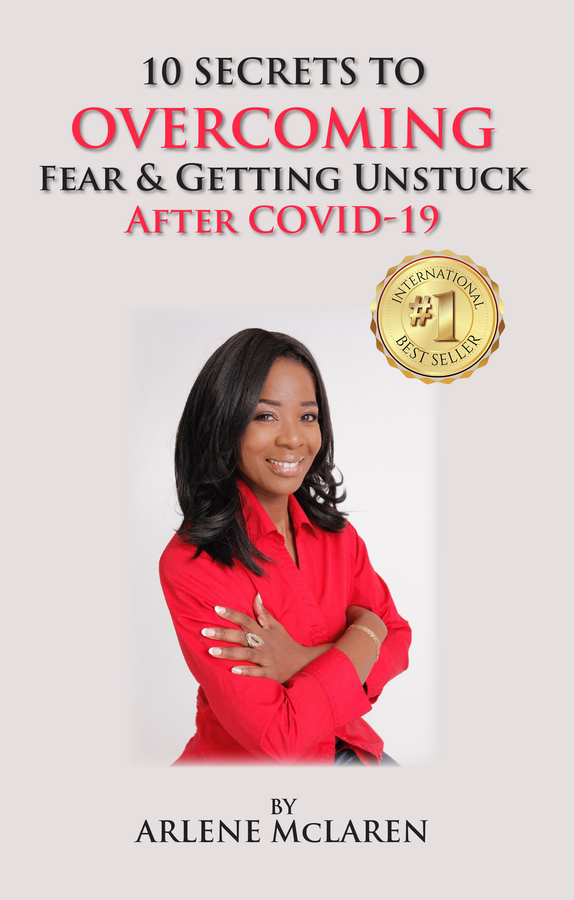