GOLDCOIN (GLD) Moves to GOLDCOIN.ORG: And Is Ready To Meet The Needs of Smart Investors 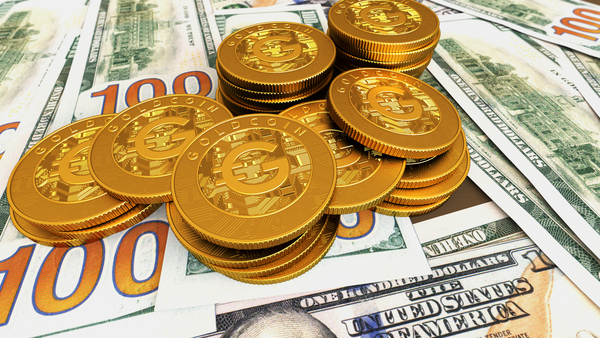 The move places GOLDCOIN (GLD), one of the most successful Alt-Coins, in the same league with Bitcoin, Litecoin, Ethereum, Dash, IOTA, Bitcoin Cash – at the top of the ladder.

GOLDCOIN (GLD) paid EUR80,000 for the domain name, which gives it a deserved place in the sun. GOLDCOIN (GLD) has become the surest store of value, like gold, because it has followed the original plan of Satoshi Nakamoto in creating a powerful blockchain-based network, scaled organically, and with custom security and mining controls that are unrivalled in the industry.

Says System Administrator Greg Matthews: “On 18 August 2008, Satoshi Nakamoto registered the domain name “BITCOIN.ORG.” He choose .ORG because this generic top-level domain is intended for use by schools, open-source projects, and communities. Thus, GOLDCOIN.ORG is the best possible name for our project, and is also our largest acquisition to date.”

Most serious cryptocurrency projects seek out .ORG for their official websites, Matthews notes. “The domain took four years to acquire making it the highest ranking .ORG domain sale of 2017, besting the BITCOINCASH.ORG sale by more than double.” BITCOINCASH.ORG sold for $48,000, according to the DN Journal (http://www.dnjournal.com/ytd-sales-charts.htm ).

GOLDCOIN (GLD) has seen its price rise from $0.03 to $0.20 in a few short years, and it has surpassed $1,000,000 market capitalization for first time during 2017, This is because GOLDCOIN (GLD) has remained faithful to the original vision of Satoshi Nakomoto, the creator of Bitcoin. What Nakomoto originally laid out in the white paper that is at the origin of the first crypto-currency, GOLDCOIN (GLD) is fulfilling.

“GOLDCOIN (GLD) is faster than both Bitcoin and Litecoin in terms of payment confirmation times. This means that it is far more useful as a medium of exchange,” Matthews points out. “And while Bitcoin fees are high, ours are set as low as possible, so that spending GOLDCOIN (GLD) is easy to do.”

GOLDCOIN can grow without the so-called ‘hard forks’ that Bitcoin has had to create to increase its ability to handle a larger number of transactions. GOLDCOIN uses ‘on-chain’ scaling, which requires gradual change in the blockchain, as opposed to adopting solutions alien to the Bitcoin concept which is the path that the original cryptocurrency has taken. (Segregated Witness, offchain scaling, etc.).

And GOLDCOIN (GLD) recently added three new experienced developers in its continuing effort to keep its network the best in the sector.

GOLDCOIN will soon attract myriads of users from other cryptocurrencies, because it’s better-performing: In speed, in reliability, and in security. The GOLDCOIN (GLD) network is 10 times as powerful as that of Bitcoin, with block times of 2 minutes versus Bitcoin’s 20 minutes. Mining is carefully managed, and security is assured by the proprietary Golden River algorithm, invented by renowned GOLDCOIN (GLD) developer Amir Esemplanah.

“By acquiring GOLDCOIN.ORG we join the ranks of the leaders in the industry and secure the best possible domain in the world to call our home,” concludes Matthews. “We take our place beside BITCOIN.ORG, because we are fulfilling Nakamoto’s vision.”

GoldCoin is faster than both BTC and LTC in terms of confirmation times and features an innovative 51% attack defense system.

Goldcoin is a great name meaning “value” to billions of people Worldwide. Our multi-pool resistant client is innovative and secure with an integrated 51% attack defense system. Goldcoin is a genuinely unique coin, not just another clone.